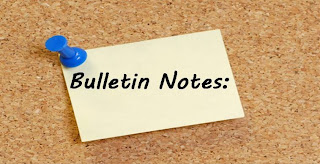 All of Jerusalem was disturbed (Acts 21:30). Paul had been seized, dragged out of the temple, almost beaten to death, and falsely charged with desecrating the temple (Acts 21:30-32, 35).
Of interest, when he was finally allowed to defend himself, he talked about—of all things—his conversion.  He spoke of
His “education” at the feet of Gamaliel (22:1-3)
His “convictions” relative to the strictness of the law (22:3)
His “dedication” as a zealot, persecuting the church (22:3-5)
His “immersion” for the remission of sins (22:16); and
His “commission” as one sent to the Gentiles (22:17-21).
Question: What really changed Paul’s life? What turned him from one religion to another? What directed his energies? Why was he converted?
Answer: He saw Jesus! On the road to Damascus his associates saw the same light Paul encountered, but only Paul was temporarily blinded.  Why? Paul was the only one actually to see the Lord in His glory, and it changed his life forever (Acts 22:6-9; 9:7).
Even so, when you and I study the Old Testament, we are encouraged to anticipate a Savior.  When we study the New Testament, we are introduced to Jesus as that Savior.  If we are baptized into Him (Galatians 3:26-27) and allow Him to live in us (Galatians 2:20) like Paul, it will make all the difference in our lives…and our eternity.
- Dan Winkler, Huntington, Tenn., via THE SOWER, found at: http://bulletingold.com/goldvol11_12.html

NEWS AND NOTES:
- Gift Box:  for Bruce Messer (Dale’s cousin), who is currently in Afghanistan.  Box is on the back  pew , items requested are listed on the bulletin board.
- Keith Ball is planning to be with us on Sunday, March 11 for Bible class and morning worship to give his report on the mission work in India.
- Annual India Missions contribution the 3rd Sunday in March.
- Ladies Bible Study:  is cancelled for this Thursday.
- Visit the churches new blog/website at: www.southloganchurchofchrist.blogspot.com
- The Parsley’s are out of town this week.  Kevin will be preaching this morning and Mike will have a devotional tonight.
- Men’s Business Meeting:  Next Sunday after evening services.

“I Like Your Christ, But Not Your Christians”
The statement is attributed to Mahatma Gandhi (1869-1948). Actually, the statement in full reads: “I like your Christ. I don’t like your Christians; because your Christians are not like your Christ.” Although Gandhi’s religion is a false one, his tireless efforts to help the down-trodden and his wise sayings are legendary, especially among the Indian people. Even though we cannot agree with his religious teachings, there is much truth in many of the things he said-among them, this statement.
What is a “Christian?” He is a follower of Christ. Christ is his leader (I Pet. 2:21), and he is His follower. Some 16 times in the gospel records Jesus made the statement (either to an individual or to a group), “follow Me.” Paul commanded the Corinthians to “Be ye followers of me, even as I also am of Christ” (I Cor. 11:1). Among the statements Jesus made, He stated, “Whosoever will come after me, let him deny himself, and take up his cross, and follow me” (Mk. 8:34). One who follows another as Christ commands us to follow Him will become like his leader. One who is truly a Christian, then, talks as Jesus talked, acts as Jesus acted and lives as Jesus lived. Unlike Jesus, however, we will make mistakes, we will sin (I Pet. 2:22). That being true, we will also seek always to walk in the light of His word (I Jn. 1:7), seeking forgiveness of our wrongs (I Jn. 1:9) and the kingdom of God first (Mt. 6:33).
One who claims to be a Christian, yet whose life is not patterned after His is a hypocrite, a word from the Greek hupokriteis, meaning “an actor under an assumed character” (Strong’s). That is, he is one thing in name and quite another in action. As one on a stage assumes a role that is not truly himself, so it is with one who plays the role of a follower of Christ on occasion, but not consistently. Jesus revealed that every follower of His must “take up his cross daily” (Lk. 9:23). He cannot be “double minded” and, thus, “unstable in all his ways” (Jas. 1:8). The church at Sardis portrays such an individual. They had “a name that thou livest, and art dead” (Rev. 3:1). Their reputation among men did not equal their character with God.
Gandhi was/is not the only one to notice that many who claim to be Christians
are not actually followers of Christ. Could that be said of you? Are you “one person” on Sunday, but “another person” every other day of the week? Are you “an actor under an assumed character” (a hypocrite)? The Lord had condemning words for the hypocrites of His day (cf. Mt. 22:18; 23:13-27; etc.). His words will be no less condemnatory on the Day of Judgment for those who merely play-act at being His followers (Lk. 13:23-28). If you are not a faithful Christian every day, you are not a faithful Christian any day; and you are not like Christ.
-Eddy Gilpin, found at: http://bulletingold.com/goldvol11_12.html 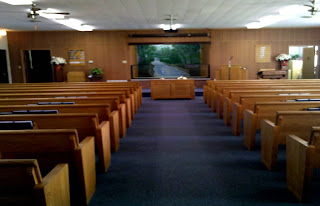 Come Worship with us!
Posted by South Logan church of Christ at 7:19 AM